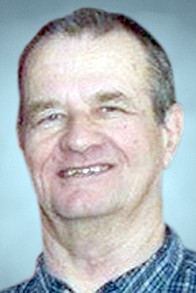 Webster Theodore "Teddy" Ortbals Jr., 73, of Russellville, Missouri passed away suddenly on Wednesday, May 4, 2022 at Boone Hospital Center in Columbia, Missouri. He was born on January 9, 1949 in Jefferson City, Missouri, a son of Webster Theodore "Buddy" and Shirley Mae (Kresl) Ortbals. He was united in marriage to Janet Kay Mueller on September 9, 1973 at Cole Springs Baptist Church in Russellville, Missouri. Teddy was a 1967 graduate of Helias High School and attended Linn Tech. He dedicated his work efforts to Capital Savings and Loans (now Regions Bank) as a maintenance technician from 1974 until his retirement in August 2001. Teddy was such an easy-going man. He enjoyed taking road trips to gun shows and antique stores, especially when he was able to include his kids and grandkids on those trips. He loved traveling and vacationing, no matter the destination. He was a collector of any and all things. Most of all, Teddy loved his wife, kids, and grandkids who will miss him immensely. Teddy is survived by his loving wife of 48 years, Janet; mother, Shirley Ortbals; son, Andrew Ortbals; daughter, Leah (Chuck) Mertens; grandchildren, Madisen, Quinten, Alyssa, Zeke, David, Jocie, and Lane; and siblings, Tommy Ortbals, Phillip Ortbals, and Pam Hofmann. He was preceded in death by his father, Buddy; one son, Joshua Adam Ortbals; one nephew, Adam Ortbals; sisters-in-law, Carol Ortbals and Marian Ortbals; and brothers-in-law, Paul Hofmann, Charlie Dummermouth, and Mark Green. Friends were received from 4:00 - 8:00 p.m. on Monday, May 09, 2022 at Weber-Millard Funeral Home. A funeral service will took place at 10:00 a.m. on Tuesday, May 10, 2022 at Trinity Lutheran Church in Russellville. Burial will be at Enloe Cemetery following the funeral service. Expressions of sympathy may be made to the family of Teddy Ortbals to be donated to the local schools. Arrangements are under the direction of WEBER-MILLARD Funeral Home, 13415 Route C, Russellville, Missouri 65074 (573) 782-3525. Condolences may be left online for the family at www.millardfamilychapels.com.